August 8, 2016 / mamacanilickthespoon / Comments Off on Sausage Mushroom and Pepper Bake 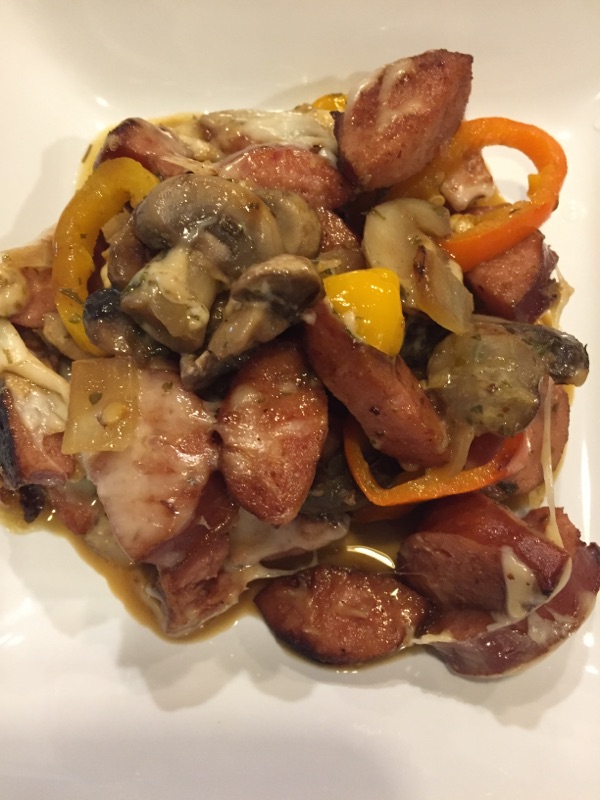 Low-Carb Lulu is at it again!  Even after all of my careful meal planning, I just wasn’t in the mood to cook any of the things on my menu.  So I rooted around the refrigerator and came up with this big dish of yum!  Smoked sausages, mushrooms, onions, peppers, and cheese.  A hearty, delicious bowl of goodness!

I love the smell of onions sauteeing!  Add a bunch of mushrooms to the pan and it smells even better! 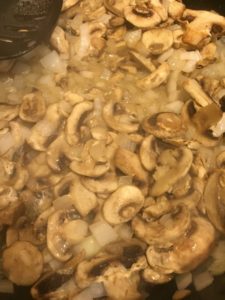 While they were cooking, I sliced a bunch of mini sweet peppers.  I really love these little guys!  They look like they’re going to be hot, but they really have the milder taste of bell peppers. 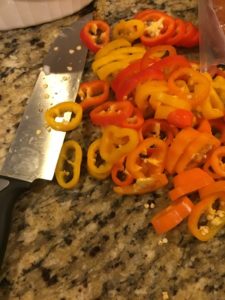 I added those to the pan and sauteed everything until the onions were soft.  Then I poured everything into a big casserole dish and sprinkled it with cheese. 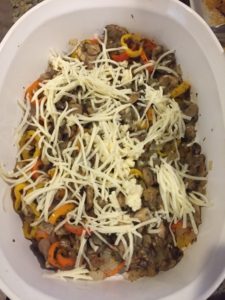 Next came the sausage.  I split it in half lengthwise and then cut it into small pieces.  The dogs were very happy that a few pieces fell onto the floor!  I added a little more oil to the skillet and browned the sausage. 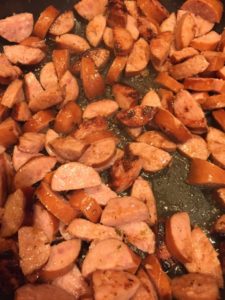 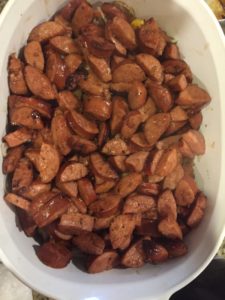 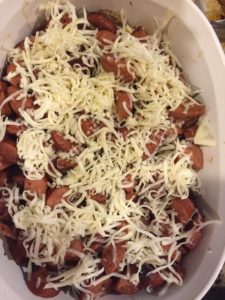 and baked it all until the cheese had melted. 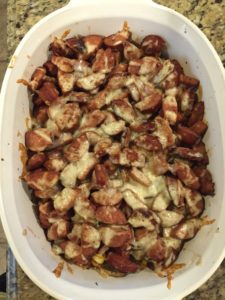 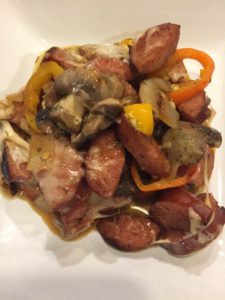 Preheat the oven to 350 degrees.

In a large skillet, drizzle olive oil and add chopped onions and sliced mushrooms.  Add a teaspoon of salt.  Sautee over high heat, stirring frequently.  After 5 minutes, add the sliced peppers and continue to cook until vegetables are soft.  Pour the vegetables into a large baking dish.  Top with about half of the cheese.

In the same skillet, drizzle a little more olive oil and cook the sausage, browning it on all sides.  When sausage is browned, add the Worcestershire sauce and cook until sauce is reduced.  Pour the sausages over the vegetables and cheese.  Top with the rest of the cheese.

Bake for 20 minutes to melt the cheese. 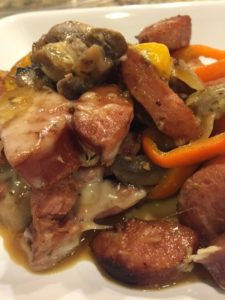 Well Duh #1:  DO NOT skip the step of browning the sausages.   The caramelization on the meat completely changes the flavor!  You really want to do this!

Well Duh #2:  I shredded my own cheese, but you don’t have to.  I usually don’t.  I just happened to be out of the bagged stuff.  I actually prefer the freshly-shredded kind because it doesn’t have the added cellulose or whatever to keep it from sticking together.  But I’m lazy and often choose convenience over preference.  But that’s a conversation for another day!

Well Duh #3:  If you can’t find the little bag of multi-colored sweet peppers, just use a red, an orange, and a yellow bell pepper and chop them into small pieces. 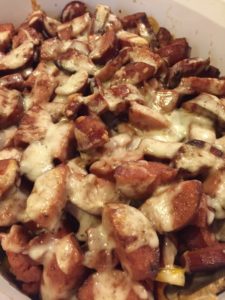 A Prayer for My Classroom